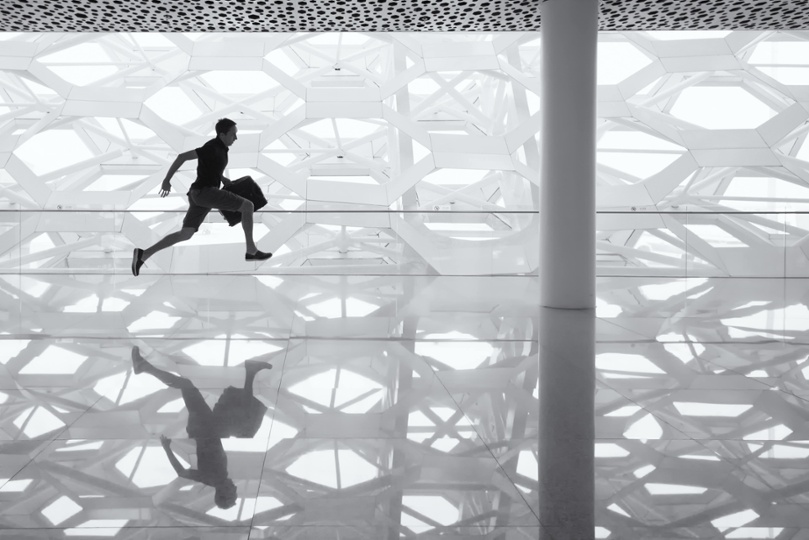 The unstoppable rise in sophistication of hotel industry technology has resulted in a dynamic, competitive environment with many players competing for online hotel bookings. What’s good about that is that all things on the internet are extremely measurable, allowing for new technologies to emerge and bolster the scientific side of revenue management.

Hotels, both small and large, have taken advantage of new technologies, particularly those related to revenue management. In fact, 62% of the 1,000 respondents to eHotelier’s survey reported that they use an RMS, with a further 24% indicating that they planned to implement a system within two years. And 42% of respondents said that revenue management is “extremely effective” in driving income in their business.

But a RMS is only one tool in the revenue manager’s toolkit. To access even more actionable rate data, many hotels are turning to rate intelligence platforms like Rate insight, which allows revenue managers to monitor and respond to more granular competitor data in real-time.

Over the past year, we’ve been analysing the aggregate rate data collected on our platform to see what insights we could glean on pricing, discounting, and parity trends. Here are some highlights of what we’ve learned in our ongoing research.

1. Length-of-stay discounting is under-utilised in Australia and New Zealand

A common revenue management strategy is to apply length-of-stay (LOS) discounts to drive occupancy during periods of low demand.

However, when we looked at 1,802 properties located in Australia and New Zealand, we found that 72% of this region’s properties in the study applied no LOS discounting whatsoever for the period in question.

And of the 28% of the market we tracked that do offer LOS discounts, only 74% appear to have a properly defined strategy, as described in the report. That’s just 22% of the total hotel count for the region. 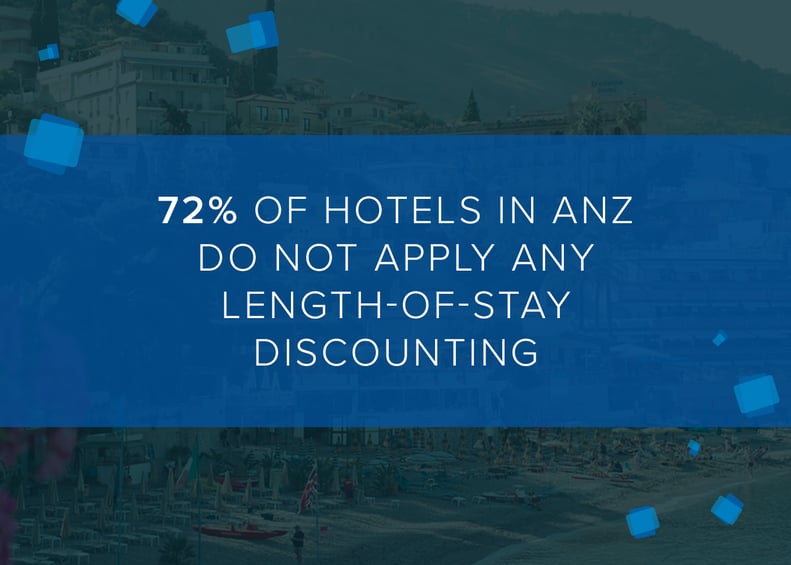 However, all 15 of the highly successful international chains that we analysed do have one, at least for some of their properties, which highlights the importance of having a strategy for LOS discounts.

For a deep-dive into our findings in Australia and New Zealand, please access our regional report, which includes the spread of discounting frequencies and discount sizes, and how chains with seemingly similar discount frequencies apply significantly different strategies.

2. Member discount rates are offered perpetually, while advanced purchase discounts are offered almost all of the time

Based on analysing the data of over 27,000 properties across eight global chains, our latest report found that members’ rates were offered virtually all of the time (99.5% of the time, to be precise), with an average discount of 4%.

Advanced-purchase discounting wasn’t quite as ubiquitous, the average frequency for all the properties we analysed being 77.9% of the time. But the average discount size was more generous at 9.1%.

In terms of combining the discounts, in some cases hotels were quite generous, with one hotel allowing for a combined discount of 20%.

3. Rate disparity is still a significant issue in North America and Europe

Earlier this year, we conducted an annual hotel parity review, which covers 28,000 properties in North America and Europe belonging to nine global chains, and found that rate parity (or rather, disparity) continues to be a significant problem in the region.

Based on data for the whole of the 2018 calendar year:

In Europe, OTA rates were more competitive than Brand.com 45% of the time for the major chains we looked at. The equivalent figure for independents and local chains rose to 53%.

In North America, the picture wasn’t quite as bleak but at 35% and 46% for major chains, and independent and local chains respectively, there’s still a significant issue for hoteliers to address.

To see the channels responsible for these potential losses, access the full report. You may also be interested in reading our article, ‘The real rate parity problem no one is talking about’, which identifies the wholesalers behind on-selling to non-contracted OTAs.

Want more insights? You can access all of our webinars and reports in our Resource Centre.