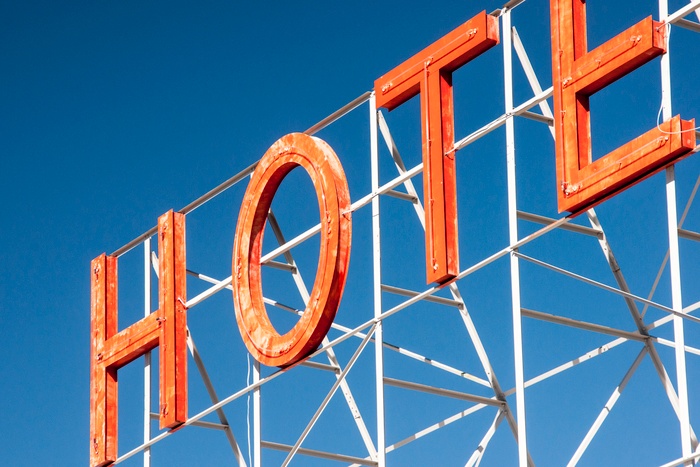 Online travel distribution is always evolving, and it’s getting harder for hoteliers to keep up with the many changes. How do you identify which channels are actually going to lead to success for your hotel and when is the best time to jump on board? There were a couple of announcements at the start of this year that we believe are worth watching and have the potential to make an actual difference to hotel distribution. Airbnb made the long expected leap by opening its platform to hoteliers, and Google announced it is expanding its reach on travel search. We’re looking into some benefits and disadvantages each of the channels have and how they could impact the hotel distribution landscape.

Airbnb is moving into the hotel space

Airbnb has officially made the leap and has started allowing hotels to add rooms to their ever-growing inventory. The news wasn’t exactly a surprise for hospitality professionals, as it always seemed a logical next step for the accommodation distributor.

There are a few limitations for hotels looking to sell their rooms on the Airbnb platform though. SiteMinder is the first channel manager (and only at the time of writing) to offer this service and on top of that, Airbnb has put criteria in place for hotels. For example; ‘mass-produced hospitality’ providers won’t be allowed to list their rooms on the platform. Let’s interpret that as a green light for boutique hotels and small independent properties, and a stop sign for chain hotels. However, it is possible Airbnb is leaving the door open to future conversations. 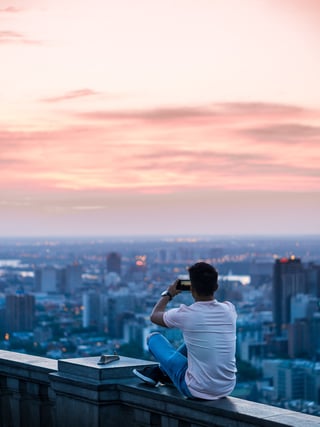 Airbnb is refreshingly transparent about its fee, which is kept open to the public. The "distribution" fee of 3% to 5% is low, very low even compared to traditional OTA commission fees which are much higher. The first sign of a direct challenge to OTAs who often face criticism for charging so much more? It definitely seems Airbnb could be a cost-effective channel for hotels and help bring the overall distribution cost down.

Another thing to consider is the service fee Airbnb charges its customers, which is added to the final price travellers pay. Will this mean the rooms on Airbnb will be coming up as more expensive on metasearch comparison sites? With their core inventory of apartments, this was never much of an issue. There simply aren’t all that many distribution channels which can be compared on metasearch. But for hotels this is a different story, as they continuously fight to keep their rates in parity. It begs the question whether Airbnb will be able to sustain its service fee for hotel properties.

Airbnb’s battle against OTAs - will it be successful?

Not long after officially announcing the move into the hotel space, Airbnb decided to take the battle to OTAs directly. In an open letter addressed to boutique hotels and Bed & Breakfast owners, Airbnb is positioning itself as ‘the best way to market their rooms online’. The letter is part of an advertising campaign targeted directly at hoteliers.

It’s hard to imagine that Airbnb could grow to be as successful as the established OTAs if they keep their current business model. They have a long way to go if they want to compete with the likes of Booking.com and Expedia, and will need to expand their hotel portfolio as well as their regional market teams. Not many businesses have succeeded in making a dent into the OTAs’ dominance, exemplified by the Accor Marketplace initiative which was discontinued after two short years. Taking that into account, it's only fair to question whether the low commission model will be sustainable for Airbnb.

The other announcement this month came from Google. They are continuing their move into the travel landscape by aiming to offer a better experience for travellers, especially focused on mobile devices. Mobile is more and more popular in all global markets, and Google is unsurprisingly a driving force behind mobile growth. They are especially focusing on the customer journey on mobile. Their latest update highlights an optimised mobile interface, adding a new navigation bar that puts common tasks on one screen with swipe-and-click functionality.

Google is very aware that OTA mobile website and app quality and user-friendliness vary widely. By offering an easy-to-use mobile interface, they’re aiming to streamline the online experience for online travellers. If they do the job right, it is likely this could drive more bookings via Google.

Moving into direct booking, a complex issue for Google

However, Google’s foray into travel does not come without complexities for the search giant. Google needs to consider its direct booking move very carefully. It currently has a very lucrative relationship with OTAs (they pocketed an estimated $12 billion in travel revenue in 2016). As such, Google needs to take care not to alienate big advertisers like Booking Holdings and Expedia. Realistically, it is unlikely Booking.com and the likes would stop paying for top links on the search engine. But if it no longer pays for OTAs to spend their advertising budget on Google search and they start diversifying their advertising spend into social platforms, the impact could be real.

What does this mean for the current leaders of hotel distribution? OTAs have a lot of leverage and power and it’s worth wondering how they will react to hotels moving more inventory and budget to Google and Airbnb? If OTAs see a drop-off in search and conversions (bookings = commission = conversion) for your hotel they have the power to take action. They could potentially de-rank hotels on their own platform, or push up hotels that are not actively moving towards these new distribution platforms. If Airbnb and Google manage to put a significant dent in OTAs’ revenue, the latter may decide to increase commissions to make up for the losses in revenue. This could be particularly problematic in markets where 40-60% of bookings come through the OTAs.

On the whole, the possibilities and potential new competition offered by Google and Airbnb are a good thing for accommodation providers. Innovation moves us forward and opens up opportunities for both hotels and travellers. These new hospitality players with an already established online reach diversify the market which is greatly needed. Especially as OTAs have been leading the charge for a long time, and have never really been challenged. But OTAs are in their position because they are very strong players, so expect them to find ways to outmanoeuvre this challenge, so watch this space.

UPDATE: nearly a year on, we have published a follow-up blog post on this subject.

Looking for an innovative tool to maximise your hotel revenue and distribution?