Amoma’s collapse: how hotels are pushing back against rogue OTAs 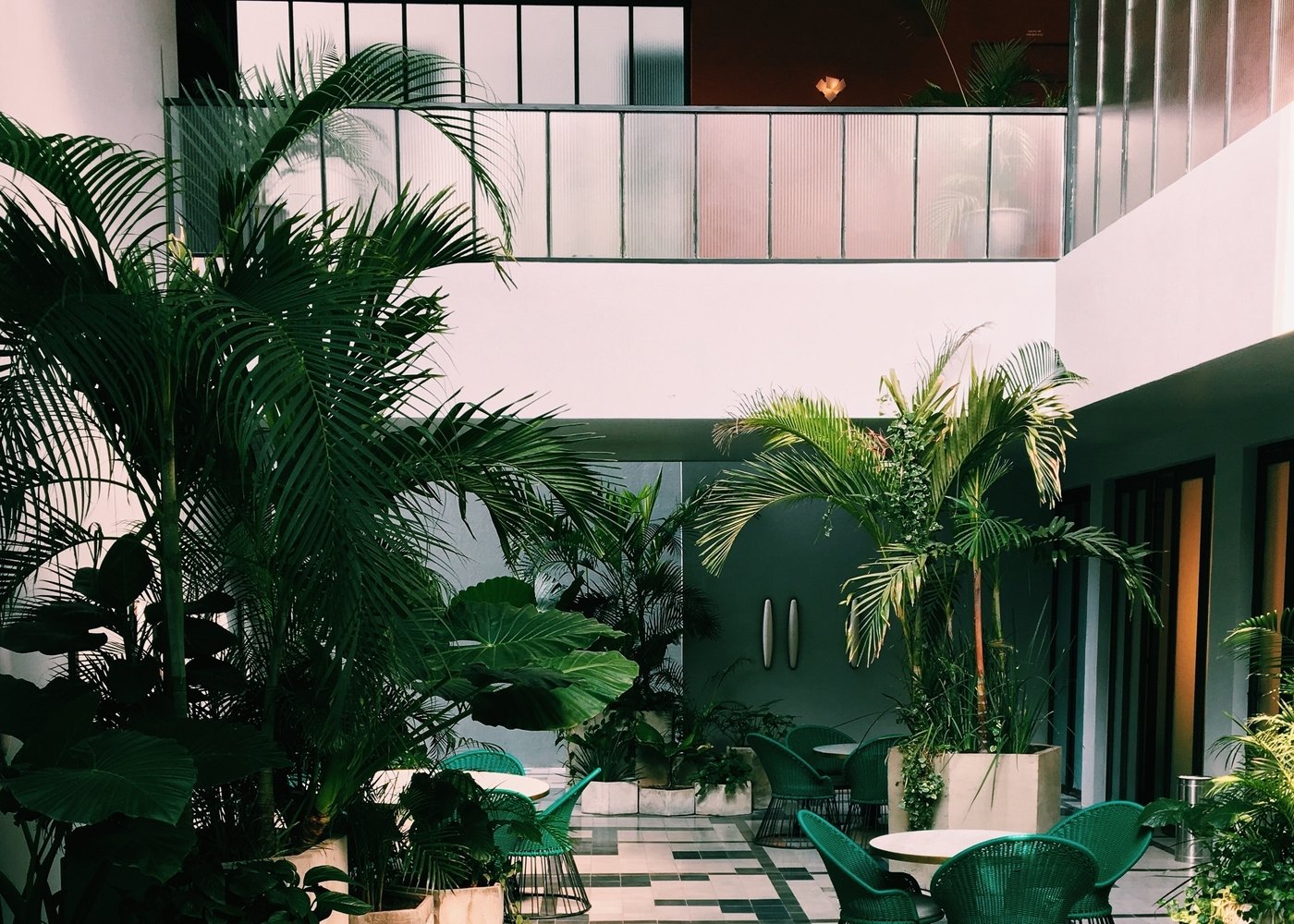 Yesterday we discussed who loses and how in the aftermath of Amoma’s collapse.

The related stories we touched on - Marriott’s arrangement with Expedia, Hotelbeds’ response - might give the impression that several pressure cookers have all erupted at once. But while the key causes of disparity haven’t always been very well understood or talked about, the underlying problems have been bubbling under for years.

They look set to continue; though dramatic and significant, Amoma’s demise is no elixir:

“Hoteliers might breathe a sigh of relief at the news that an OTA known to be at the heart of many instances of disparity might no longer affect the integrity of their pricing,” said Gino Engels, co-founder and chief commercial officer of OTA Insight, quoted in Skift’s coverage of the news. “But plenty of other OTAs - some acquiring rooms via wholesaler on-selling - will be eager to take their place. Of course, there are many good actors in this space. But it’s a crowded and volatile market.”

With these developments likely to jolt hoteliers into revisiting the systems they have in place for monitoring and taking action on parity, let’s recap on some of the issues in the chain of guest to OTA to distributor to hotel - and how and why Marriott is pushing back.

The fundamental mechanism that allows disparity to arise

As discussed in Hotel rate parity: understanding and meeting the challenges, there are many causes of disparity. Some are technical but the focus of this article is on disparity arising from OTAs without contractual relationship with hotels.

How is this facilitated? The short answer is that the margins allow it.

Wholesalers will contract large chunks of a hotel’s inventory at a very big discount. They can mark it up at a profit, sell it on to non-contracted OTAs and still leave enough room for those OTAs to mark it up for their own profit.

That’s all fine. The problem is when those OTAs don’t mark it up to BAR. Because of the margins, there’s room for profit and undercutting. 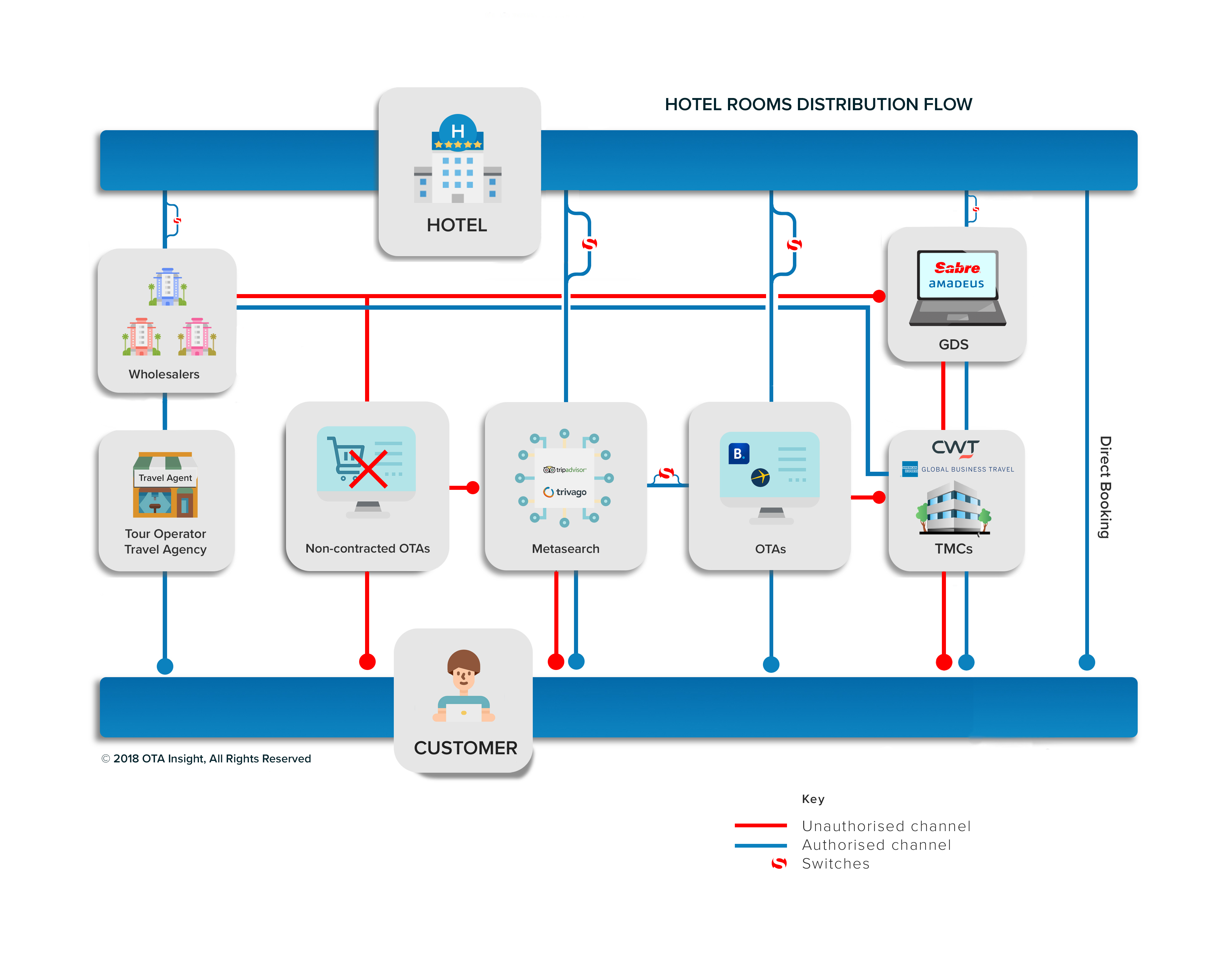 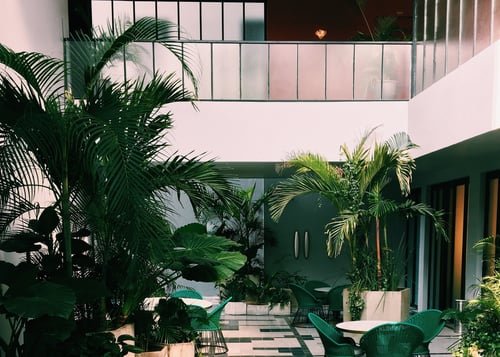 There’s a cocktail of solutions, varying from one hotel to the next and dependent on the relationships hotels have with the intermediaries involved. Some take a softly, softly approach. Some take a tougher contractual line. The results are mixed.

But it all starts with monitoring and detection.

After all, Expedia’s place in the chain is between Marriott and wholesalers, not between wholesalers and non-contracted OTAs that might go on to undercut Marriott’s rates, so how will this help?

In theory, if Marriott pushes non-connected wholesalers or B2B distributors to Expedia, it will mean that any wayward onward distribution by the wholesaler sourcing from Expedia would have Expedia as the root cause in a test booking.

To protect their overall relationship with Marriott, Expedia would have an obligation to ensure that any wholesaler to whom they distribute respects Marriott’s contractual distribution requirements.

In other words, Expedia is assuming responsibility for policing the issue in return for a cut of Marriott’s sales.

It’s a “big strategic move by Marriott,” according to Gino, quoted in PhocusWire last month. “After the whole ‘frenemy’ approach of previous years, it is very interesting to see that hotels are now building even closer relationships with OTAs and giving control of wholesaler inventory,” he added. "Expedia, with their expertise in online distribution technology, should be in a good position to be more successful in helping to manage the complexity of the distribution landscape.”

As flagged by PhocusWire, OTA Insight’s Annual Hotel Parity Review 2019 found parity loss on non-contracted channels ranging from 24% for major chains in North America and 36% for major chains in Europe; it will be interesting to see how Marriott performs in future analyses.

Not the only way

Of course, most hotels keep their parity operations in-house or with the help of management companies. With the right solutions, you can deal with all contenders for Amoma’s dubious crown.