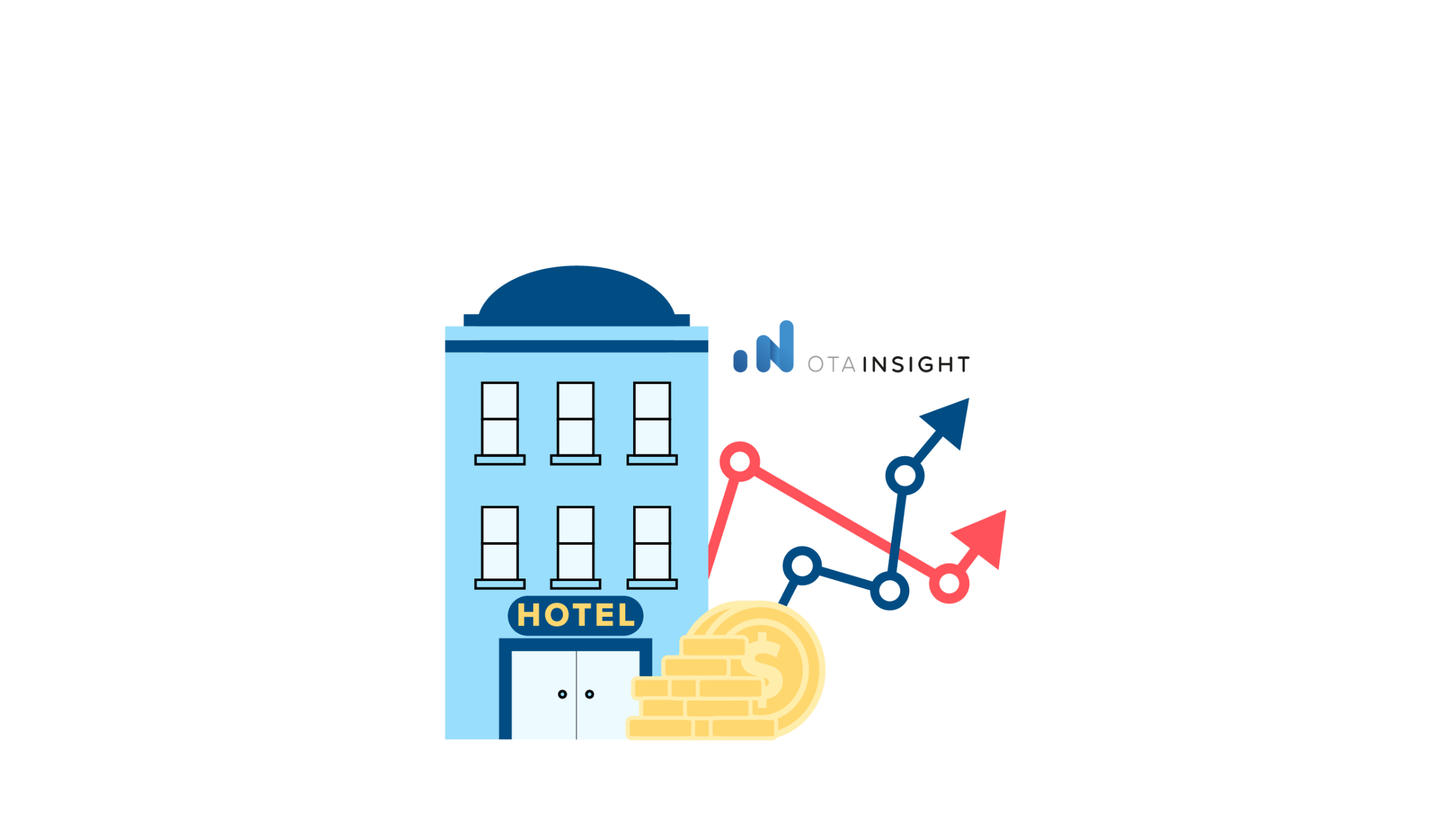 Forward looking data shows promising signs of returning consumer confidence in the travel industry as hotels in Europe gear up for a summer bloom. The data, from OTA Insight’s Market Insight tool, shows large upticks in early demand for popular European summer destinations, a clear indicator that consumers are exploring travel options after months of pent up demand.

In an industry subdued by the pandemic, in which traditional consumer booking behaviour and demand patterns have shifted, it has been more difficult for hoteliers to accurately forecast.

Now, with forward looking data from Market Insight hoteliers, and their commercial teams, have an opportunity to capitalise on any early demand and implement a dynamic pricing strategy, ensuring they capture their fair share of the market with the most appropriate pricing and promotional decisions. And, as early demand for Greece rises, we examine their hotel rate strategies, using data from OTA Insight’s Rate Insight.

Data from OTA Insight’s free Global Market Insight tool shows that hotel searches increased by 20% from the start of February, and there was 2.8 times more search traffic than the same period last year, a promising sign for the Island of the Sun.

Most hotel searches (81%) are for dates more than 90 days from travel, with demand picking up for the last week of May. The widening booking window and increased LOS is a strong indication that traveller confidence is very much on the rise in the source countries listed.

Diving a little deeper into the rate strategies that Rhodes hoteliers have been employing, 97% of hotels are not offering a length-of-stay (LOS) discount with just 2% offering a 5% discount on 3 nights. However, it must be noted that most shoppers are searching for stays between 4 and 7 nights. Interestingly, in January, 25% of hotels were offering at least a 5% discount on 3 nights, indicating that they have adjusted their strategy as demand has picked up for the start of summer.

On the island of Crete, hotel searches have increased by 21% from the start of February, and there were three times more hotel searches than there were at the end of February 2021. 94% of flight searches were from Europe, with 25% from Germany, 20% from Greece, and 19% from the UK. 65% of the hotel searches in the week ending on the 28th of February were for travel dates more than 90 days ahead, with demand rising for the end of May and peaking in July and August. 29% of the hotel searches in that week were for travel dates in the 29-90 day window, for dates leading up to and including the Easter break in April. 54% of the searches to Crete were for a length of stay between 4 - 7 nights, while 25% were for stays between 8 - 14 nights, following a similar trend as Rhodes in terms of traveller confidence, through more advanced bookings and longer LOS.

Not surprisingly due to the rise in demand, 94% of hotels are not offering any LOS discount, an evolution from the end of January when 24% were offering some form discount on a two night stay. While hotels are now offering less on their LOS discounts for the summer period, the average breakfast cost shows a decrease by 21% since the end of January, from an average of $8.98 to $7.07. 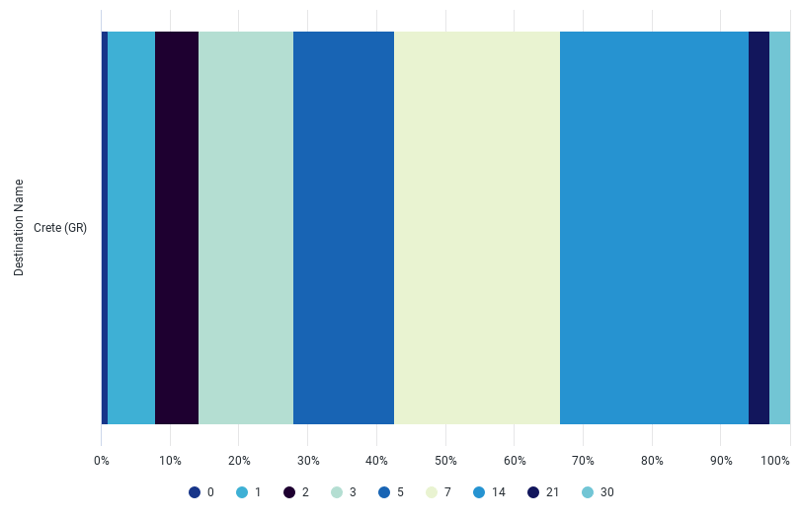 Since the start of February, Santorini has seen an increase of 37% in hotel search traffic, and there has been 3 times more search traffic than over the same period in 2021. 71% of the traffic is coming from European sources, with 19% originating in the UK, 17% from USA, 11% from France, and 10% from Italy.

While 66% of OTA and meta searches were for dates more than 90 days away, there has been a steady increase in searches in the 22-90 day travel window since January. This once again indicates that confidence among travellers for the mid to longer term is growing.

Searches originating from the UK show that shoppers were looking for a LOS averaging 5.8 nights, and those from the USA were looking at an average of 4.4 nights. 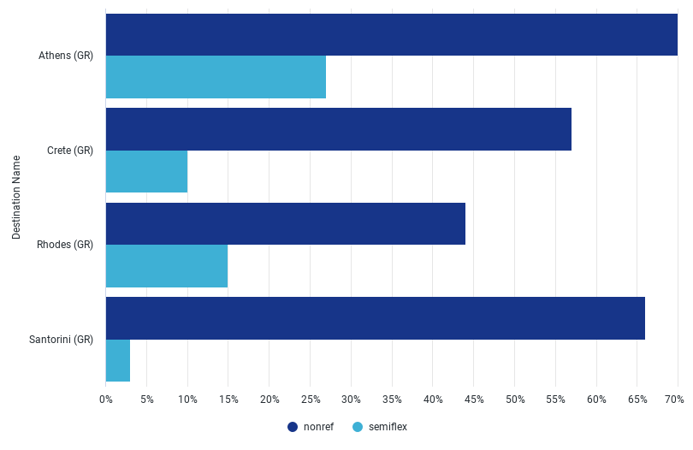 An increasing number, 38%, are for travel dates in the 29-90 day window, though 39% are looking at dates more than 90 days ahead - a significant sign of increased consumer confidence.

However, hotel search patterns suggest that there is quite a lot of variation in the length of stay in Athens, which correlates to traveller patterns pre-pandemic where Athens was visited both for a city break and as base when Greek island hopping. 22% are searching for availability for 1 night, 20% are searching for 2 nights and 21% of searches are looking for a 3 night hotel stay. 33% are looking for stays between 4 and 7 nights. 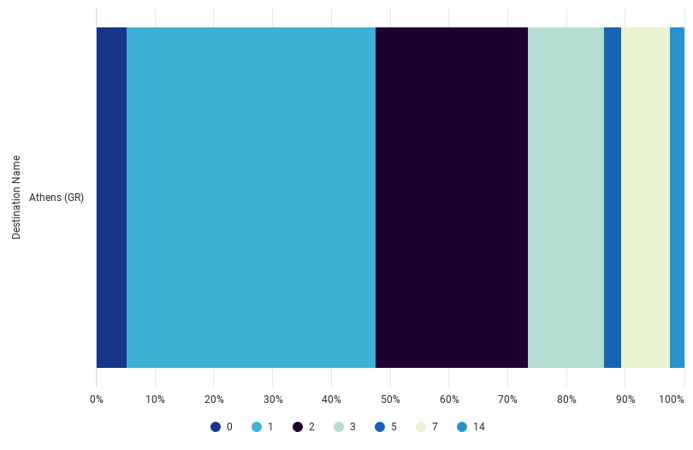 Early demand signals show that Greek hotels can look forward to a busy summer. Forward-looking data paints a rosy picture, but it is important as well that hotels there are thinking about their pricing strategies so that they are able to convert demand into bookings, and capture their share of the market at the best possible price.

There is also still potential to offer more competitive cancellation conditions as a strategy to capture more market share, especially while there is still market uncertainty and geo-political instability in Europe. But, by using real-time, actionable data to keep a close eye on their competitors, their rate strategies, and their cancellation competitiveness, hoteliers can create more opportunities for themselves and ensure they don’t lose out.