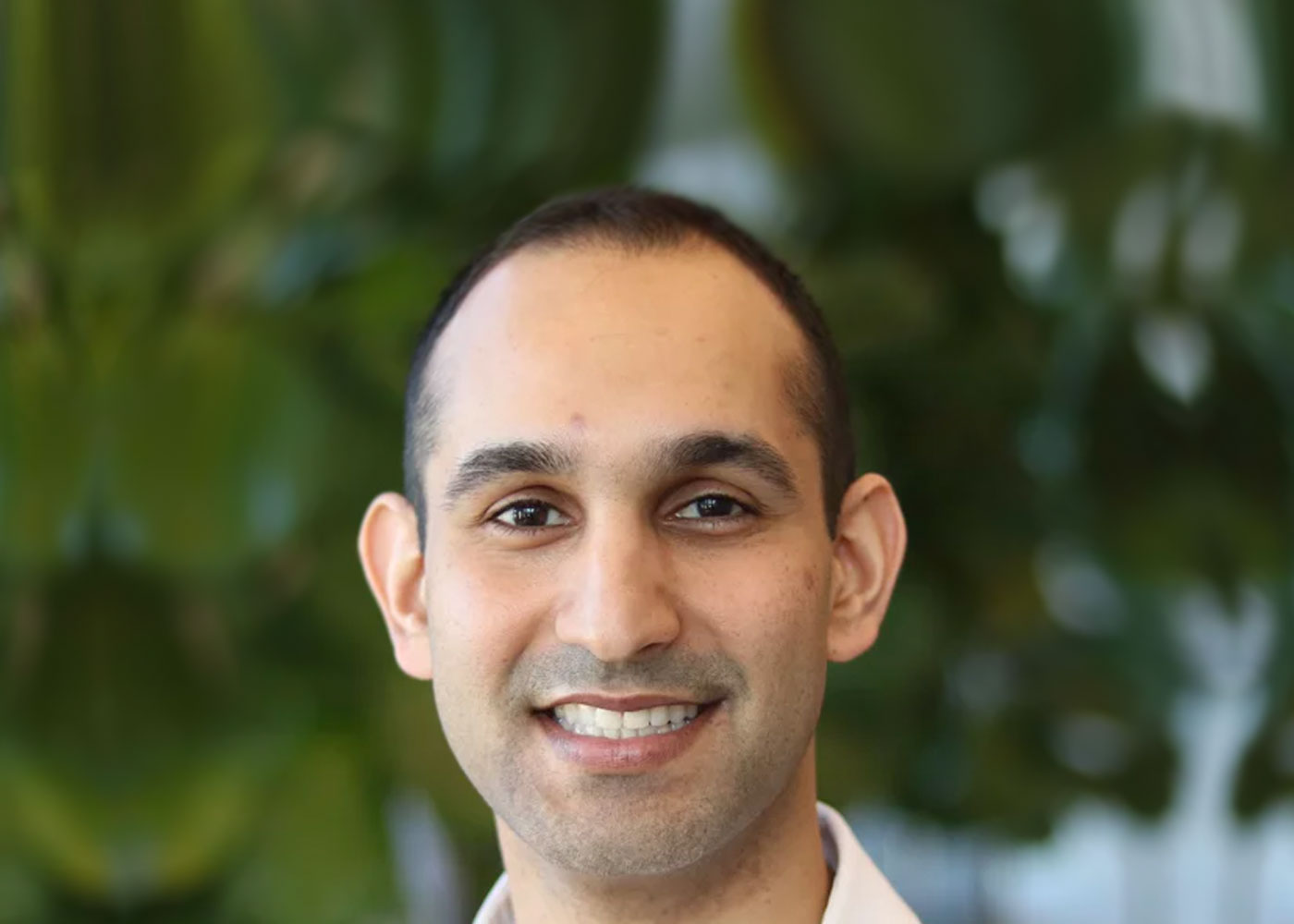 This article is the first of a two-part interview series exploring the challenges and opportunities of rate parity with Wyndham Sr. Director of eDistribution Inderpreet Banga. 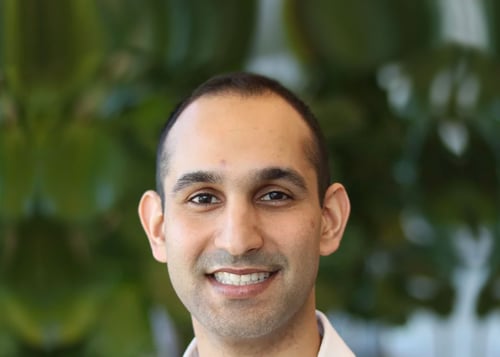 As the online distribution landscape evolves, so must strategies to manage rate parity. Hotels are faced with daily distribution decisions that have a long-term impact on profitability. There are choices as far as how much inventory to distribute at what price on which channel. There are choices when it comes to signing, and fulfilling, contracts with new and existing partners. Threaded through each of those choices is a focus on maintaining profitability without sacrificing a hotel’s reputation or guest experience.

Rate parity influences profitability because it is the baseline for competitiveness. If a potential guest sees a lower rate on a third-party channel, the guest is disincentivised to book direct, and they’ll distrust the brand in favour of the third party, which seems to offer the better price.

Disparity also has a significant cost: according to our hotel parity report for the first quarter of 2018, data analysis showed that independent hotels and local chains were out of parity 48% of the time. For major chains, the figure was 25%.

In a two-part interview series (second part here) with Wyndham’s Vice President, Channel & Distribution Strategy, Inderpreet Banga - who featured in a recent on-demand webinar we hosted - we learn how a focus on rate parity requires collaboration across operations, revenue, and distribution teams, as well as fostering a rate parity mindset across an organisation through intelligent metrics and KPIs.

Let’s start by setting the scene. Why does rate parity matter?

“Rate parity is profitability. That’s what it comes down to. Rate parity means everything to the hotel because you want to be selling the right room at the right price at the right time to the right consumer. If that's not aligned with your strategy then obviously you will be leaving money on the table and losing profitability.”

Why is rate disparity a problem, and what is the downstream effect on hotels?

“Rate parity is extremely important to hoteliers because it's essentially how you sell your product and your inventory to the right guest at the right time in the right place for the right price. It’s a mismatch in your price of what you're selling through your direct website and what you may find that same inventory on another website at a lower or higher price.

“From a guest perspective, if you're looking at a hotel and the rate parity is all over the place, you might think that the hotel doesn't really know what they're doing or there's a lot of issues with the hotel. So a guest may be discouraged or disappointed in how that hotel represents itself.

“From a hotelier perspective, you are discouraging the guest from looking at your hotel. You potentially lose that booking to a competitor, which we have seen through various industry studies, or to someone who is either purposely undercutting or because you given that inventory to a third-party provider at a discount - and then you have to pay commission on top of that lower rate. It's essentially a lose-lose situation, not only for the guest to miss out a terrific hotel or a terrific opportunity for an experience, but also to the hotelier.” 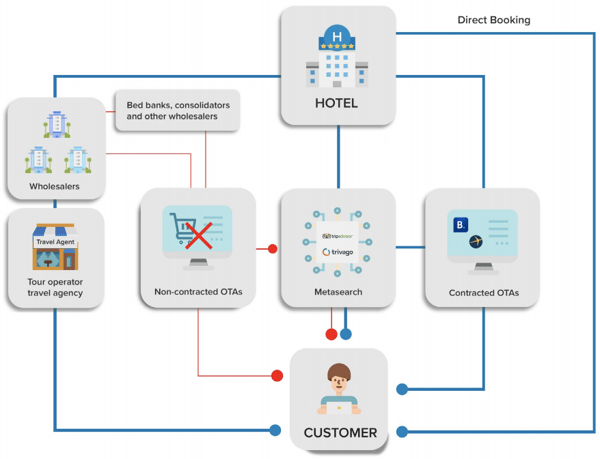 “The industry has done a lot of studies over the years. The major reason that comes up is wholesale. This is a really big issue that comes up time and time again.

“What happens in that scenario is a wholesaler that might be getting 30, 40, 50, 60%. They’re getting the inventory at a net rate basically. If I'm selling a hundred-dollar room and I have a 60%-off net rate, then I'm giving it to the wholesaler at $40. That wholesaler has to tell whoever they're distributing it to that they must mark it up to my best available rate of a hundred dollars. That sometimes doesn't happen, accidentally or intentionally, when they pass it on to people who knowingly violate that.

“Another issue is that sometimes hotels give better rates to an OTA without really understanding the consequences of that rate. They say, OK, well I'm going to do this and it's only going to be available for Expedia customers - and that's not necessarily the case.

“Another one is connectivity and systems. The hotel industry is a little bit dated when it comes to connectivity. We've come a long way since GDS, obviously, but there's still latency issues. There are mis-mappings. You may open one rate code, but you don't open another rate code for a different partner. So there's definitely hotel error that could happen on this, especially on the mapping side, as well as giving a discount to a potential OTA or wholesaler.

“There’s one other item that has started to come up, and I'm not going to name the OTA, but there are certain OTAs that will take defensive pricing. If they see in the market that they are being undercut, they will go into their own margin to be competitive. For example, if they're getting 20% commission, maybe they pass on a 5% discount to the consumer to net 15% on that booking. That has been something that's been up and coming, which is obviously never a good partnership. That's a definition of a bad partnership!”

In your view, how does rate parity play into the push for direct bookings? Walk us through that relationship, and some of the strategies to get more direct bookings to achieve the right channel mix. 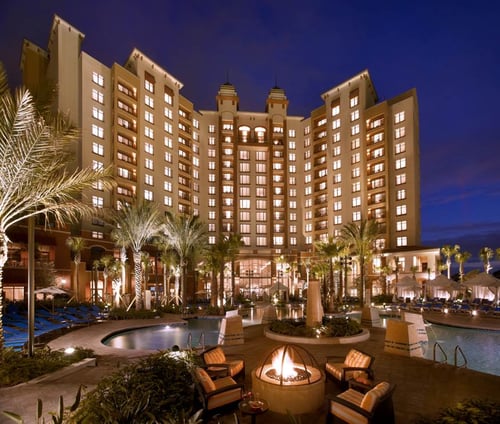 “There are a few different things hoteliers can do both on a brand and independent perspective. One, make sure that you have a partner that is able to do the rate shops. You need to be able to look at where your rates are on the various channels. Most of the shopping is only done in one channel and, because everything is so omni-channel nowadays, you have to keep an eye on all the different channels.

“The second one is continued auditing of the major partners that you work with, whether with an extranet or direct connectivity.

“The third is the contracting piece. Don't just contract with anybody and everybody; you don't have to do that anymore. Thinking about incrementality is such a huge piece because, a lot of times, people are just shifting and trading hands. Work with a defined set of partners that are strategic and willing to work with you in the way that you want to work with them, such as leveraging their strength in their respective channel. And then make sure that you have rate parity and that you are participating in the channels where people are looking to make direct bookings.”

Metrics and KPIs depend on clean data. Do you have to be careful what you're choosing to look at and track for a particular goal?

“It really depends. For example, let's say you're really focused on rate parity and you find a distributor that's undercutting the rest of the market. Maybe you were too highly priced to begin with, so if you're at a hundred dollars and you're being undercut at $75, you're selling boat loads of rooms at $75 unbeknownst to you. So even if it’s out of parity, you're making lots of revenue. If your focus is rate parity, then you're going to catch that in your KPIs. There's a level of test and learn.

“It's a little bit of a wake-up call to some properties because they're like, oh, well, I always thought we sold at $150 or $200 or $250. But really, were you selling at that? That's why working with revenue management and looking into your actual ADR or your actual sell rate is extremely important.

“That's how that can kind of be conflicting. If you're looking at the KPIs and saying that rate parity should never be out of parity more than 10% of the time, you may see an impact on your revenue because you're looking at that so closely. At the same time, you have to make certain decisions to either be a little bit more aggressive with the rate, or figure out where your reaction needs to be versus where you thought your ADR was but it was really being sold for for much, much less.”

You really have to know where your data is coming from what you're actually trying to measure.

“And how important what you measure is to your property.”

So how do you do that? How do you find those levers that make a difference, the metrics that matter most to your property?

“From a metrics and insights perspective, you can set goals and look at different metrics and benchmarks. It is important to keep an eye on those and make that a focus. Again, you have to be careful about how much of a focus you put there.

“Thinking about the metrics and the insights that you do get, there's definitely some items that are golden nuggets. For instance, if you know from test bookings that a specific partner continues to undercut you over and over and over again, you can identify and determine how much they're actually undercutting. This is how much revenue they generate for me, and then apply that logic: OK, they undercut me by 25% every single time. Here's my actual BAR and a lot of time that would enormously help the property to make certain decisions, and to help the directors of sales to ask, what am I doing? That's impactful. That's insightful.

“That's how you should be able to use certain metrics to create your benchmarks. if I shut this guy off, whether they're being a good partner or a bad partner, how much revenue are they actually driving to me at the rate that I was expecting, or are they just undercutting all my rates all the time? If I'm getting $100,000 from them but they're always undercutting by 25%, you need to know this.

“Remember that a lot of times these distributors won't give you their affiliates so you can't really tell where they're selling the inventory. But you can do your test bookings and then use that to see that perhaps 20% of this would have come directly to my Brand.com at full-sell rate. So then you can apply more math and logic using those metrics that you've identified.”

Whose job is it then to monitor rate parity?

“From both the independent and the hotelier’s perspective, as well as the brand, monitoring rate parity is not for one specific group. Monitoring parity is the entire hotel.

“Whether you're at the front desk and someone checks in or is on their mobile app and saying hey, I found this rate and it's 10% off and your front-desk agent says there are no 10% off promotions out there. Or, it’s the revenue manager who's constantly looking all the shops. Or, it's the director of sales saying my group just cancelled on me because they found a rate that's 15% less. All of these scenarios all come back to rate parity. They all Impact how the hotel does, and the hotel's bottom line.

“So, if you think about it from that perspective, everybody in those different situations that I mentioned are all held on rate parity and the profitability of the hotel and the asset.”

“Exactly. At the end of the day, what we strive for at Wyndham and what all the big brands and any hotelier strive for is profitability and increasing asset value. That's the name of the game.”

Read the second part of this interview.

We've compiled some of Inderpreet's views from our conversation with him, alongside those of Cycas's Jennifer Kim, into a themed eBook, Conversations on rate parity: an exclusive eBook from OTA Insight. Including an extensive introduction and key takeaways for each chapter, the eBook explores the challenges - and opportunities - of parity.

Conversations on rate parity: an exclusive eBook from OTA Insight