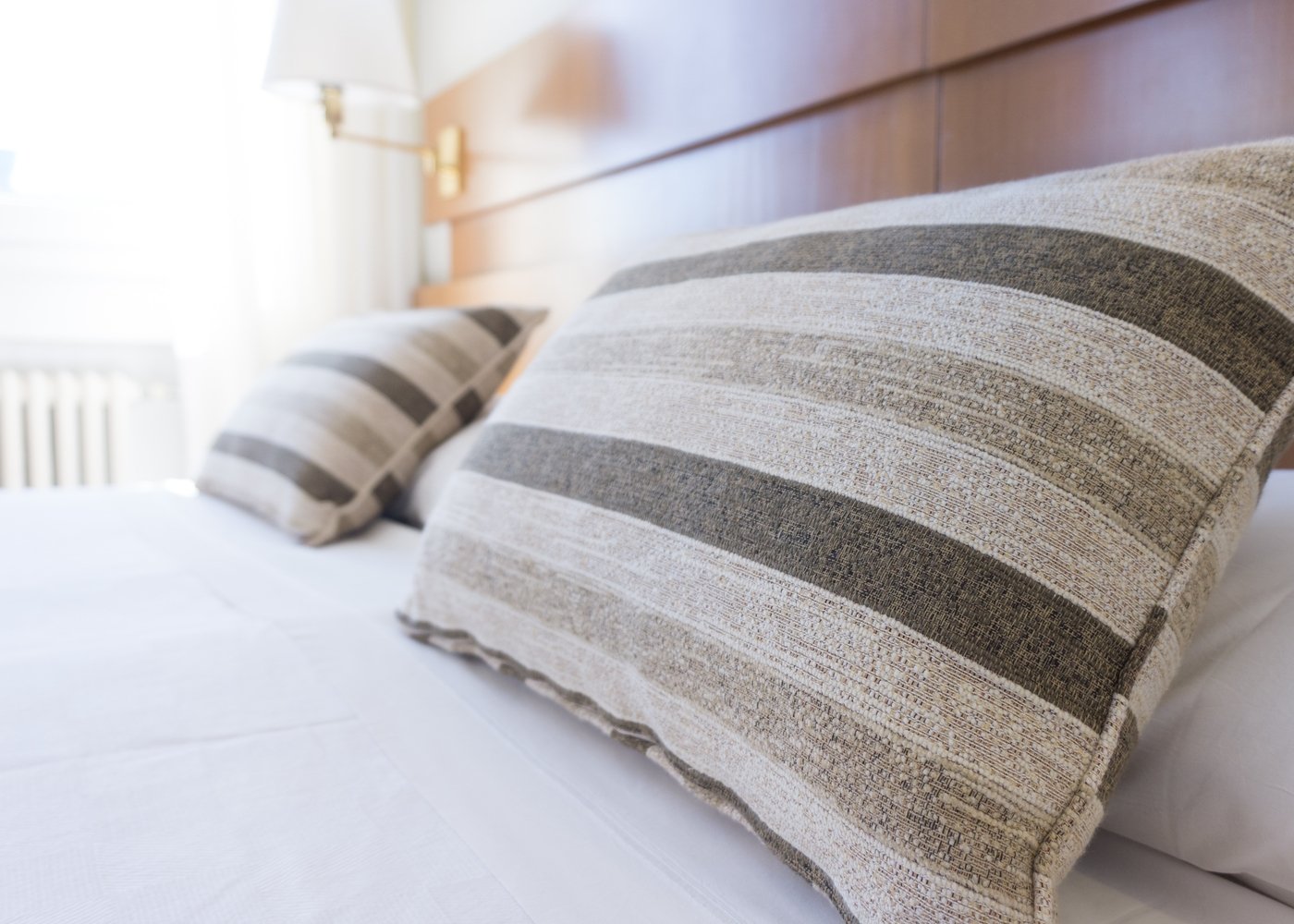 The rate parity spotlight turned to the UK earlier this year, with an agreement between the government and OTAs to cease certain practices around how they merchandise and price hotel rooms to consumers in that country.

The agreement, which was announced in February, was signed by six OTAs and requires full compliance by 1st September 2019.

The UK joins several other European nations in re-calibrating the dynamic between OTAs and suppliers - as well as the consumers caught in-between. As more nations restrict rate parity agreements, hoteliers enjoy a new dynamic that supports channel-specific rates. Yet, even in regions with loosening parity restrictions, it’s a complex map of differing regulations.

Parity works both ways, with hotels and OTAs each sometimes feeling that the other party is at an unfair advantage. We often look at how OTAs’ rates can undercut hotels when the rules aren’t properly applied. But hotels sometimes feel restricted from setting lower rates in circumstances that they would argue are competitively fair.

This article considers the full mix. So, with an eye towards clarity, let’s review global rate parity regulations, and then explore their influence on how hotels should optimise both channel mix and pricing strategy. 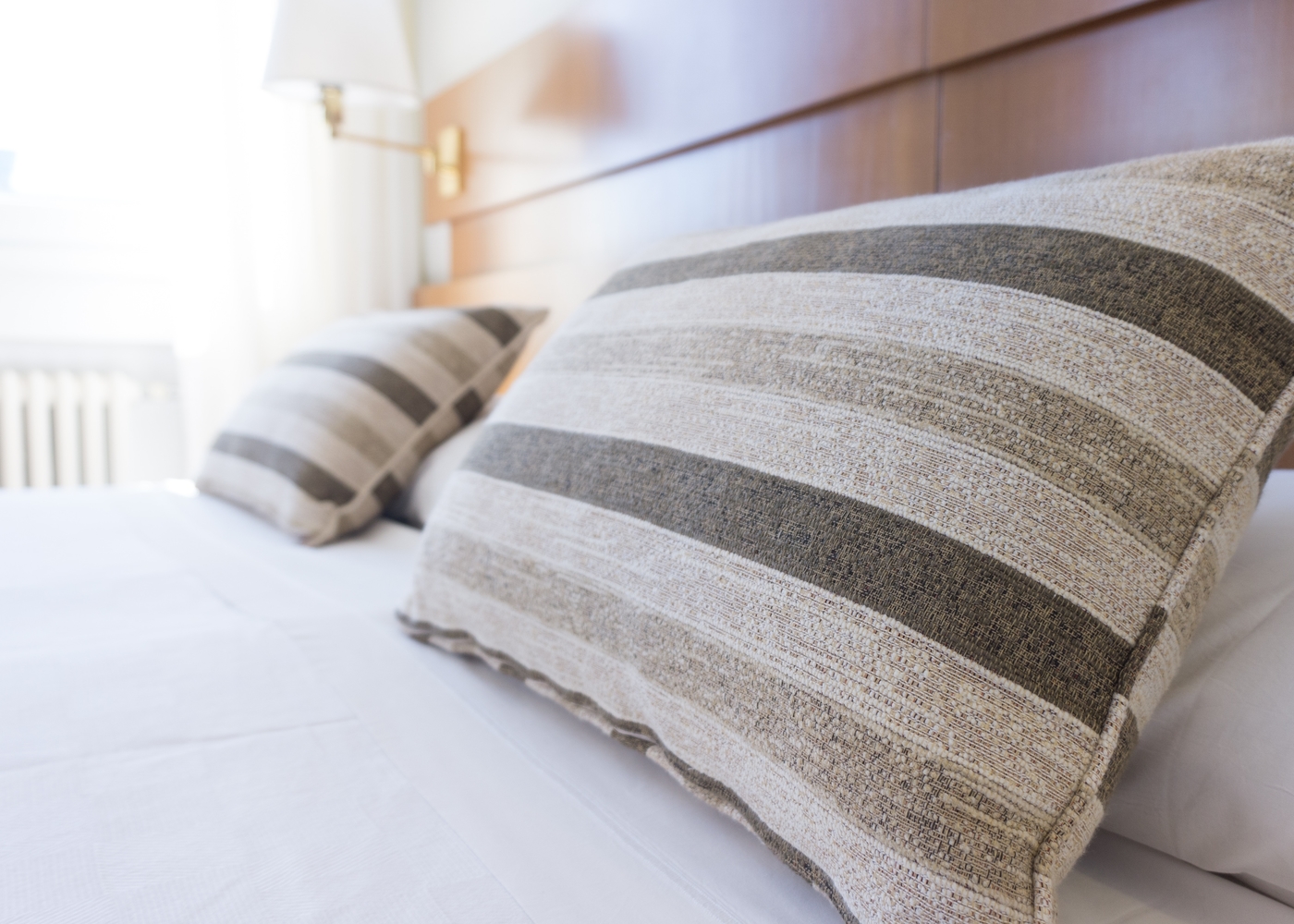 Parity around the world - some highlights

Hotels have bristled at contractually-obligated rate parity since the day such clauses originated. Many are relieved to see hotels untethered from artificial pricing restraints. Here's how parity looks in a few important countries around the world.

The UK. Starting on 1st September, hotel booking platforms must drop any misleading practices, such as pressure selling, discount claims, and hidden charges. This means that booking platforms can no longer give a false impression of scarcity, offer misleading discounts (such as comparing the price of a luxury suite with a standard room), or bury compulsory fees deep in the booking process. These platforms must also make it clear how hotels are ranked after a customer has entered their search requirement by, for example, telling people when results have been influenced by hotel commission payouts.

France. France was one of the first countries to ban restrictive rate parity clauses back in 2015. Championed by Emmanuel Macron, at the time Minister of Economy, the law allows the hotelier “to consent to any customer discounts or pricing advantage of any kind whatsoever.” In essence, hotels can price their rooms however they want on whichever channel they prefer - except on their own channels, which must match the OTA price. This is “narrow parity.”

Sweden. In mid-2018, a Swedish court ordered Booking.com to drop all parity clauses from its contracts, ruling such clauses in violation of EU competition law. OTAs responded with attempts to limit parity to only between OTAs and a hotel’s direct channel, or “narrow parity.” The courts struck down these contractual restrictions as well.

Germany. Germany joined France in limiting broad rate parity clauses. However, it wasn't until early 2016 that the country also prohibited “narrow parity,” or contractual restrictions the required hotels to price rooms at the same rates on both direct channels and OTA. It's total control over channel pricing strategy.

Australia. Recent developments in Australia point to a likely ban on rate parity clauses. As one legislator told the media about the OTA duopoly, “They’re gauging local hotel owners”. While there hasn't been any action yet, Expedia has already announced that it will no longer enforce any narrow parity restrictions.

As these countries welcome a new era of rate parity, hotels must evolve their own techniques in this brave new world.

Contractually enforced rate parity is fading. Hotels have newfound power to shape a channel strategy that considers both rates and availability. This is refreshing - and also a bit intimidating, as hotels must now learn how to leverage pricing flexibility within a broader revenue management strategy.

For instance, consider a boutique hotel in Berlin that primarily serves leisure travellers from within 15 miles. The weekends are packed but weekdays are slow. The hotel could deploy an email marketing campaign to previous guests that offers a room package of €250 for a king room with a view plus breakfast. It can promote this as an inventory-constrained offer, with only a few of these packages available. Then it could push out the same package deal to its OTA partners, but at €300 per room. By offering exclusive deals to email subscribers, the hotel builds affinity among past guests and shows the value of continued engagement. The higher price on OTA sites also reflects the true cost of the booking to the hotel, thus training guests to understand the highest cost of distribution on that channel. 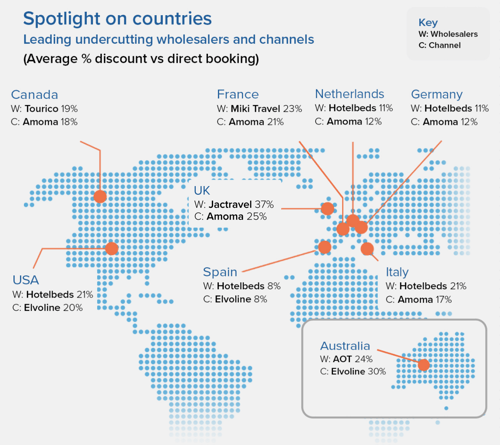 Even with this newfound freedom, hotels still struggle to keep non-contracted OTAs and wholesalers from selling inventory at ridiculously low rates. The end of rate parity clauses does nothing to ease those concerns. Recent OTA Insight research revealed rate disparities worldwide on a per-channel and per-wholesaler basis. The data highlights how rate parity isn’t limited to the main OTAs; it's really that downward distribution causing the most headaches.

To take advantage of the disappearance of rate parity clauses, as well as fight downstream distribution, think not just about revenue but also about profit. Which channels provide reliable access to bookings with the most profitable characteristics? It’s this precision around profitability that makes for the most successful channel-focused distribution strategies. According to a representative of FairBooking in a 2017 Hotel News Now article:

To be more precise around profitability, technology is your best friend. These systems analyse data in real-time to give you the right insights quickly. When leveraging your pricing intelligence platform, we recommend two strategies:

1. Use point-of-sale data to surface source markets. The power of source markets lies in what they reveal about previously opaque channels. It’s not practical to monitor branded country domains, and many POS promotions are invisible. Monitoring parity across source markets gives you the power to price competitively - especially in countries that have outlawed Most Favored Nations clauses. Armed with this data, you can keep your direct channel competitive with local POS promotions.

2. Review rate parity daily. Each day brings new channel-specific opportunities - and threats. When you rely on a parity insight tool that analyses millions of price points to identify potential problem areas, you're empowered to act. As rate parity clauses disappear from contracts, it becomes less about pursuing bad actors and more about gathering intelligence about the pricing strategies of your channel partners. You can then use this information to inform your own marketing to previous guests, loyalty members, and on other channels (such as social media or search). This data guides your messaging and pricing, as well as your channel mix.

But a word of warning: too much discounting could affect the relationship you have with your favoured OTAs. Don’t underestimate the additional reach they bring…

It comes down to trust

As regulators rein in unsavoury selling tactics, hotels can cultivate direct relationships with guests by demonstrating honesty and straightforwardness. Hotels should emphasise this transparency wherever possible, seizing the opportunity to become a trusted partner by showing actual pricing upfront, avoiding hidden charges, and cultivating accuracy as a key component of the booking flow.

“You can get some good bargains on the sites, but it is very important that you can trust what they say.”

The same goes for hotels: don't violate the carefully nurtured guest relationship with misleading sales tactics or other violations of consumer trust. Hotels should be especially careful with member rates, personalisation, and dynamic pricing.

To really be seen as different from OTAs, hotels must be trustworthy and transparent in all aspects of pricing in a dynamic and personalised world.

We have a number of resources to help you get your head around parity, including an eBook, our Annual Hotel Parity Review and research into wholesalers breaking the chain. And we co-hosted a webinar with PhocusWire on the subject this month. Watch a recording of the webinar.