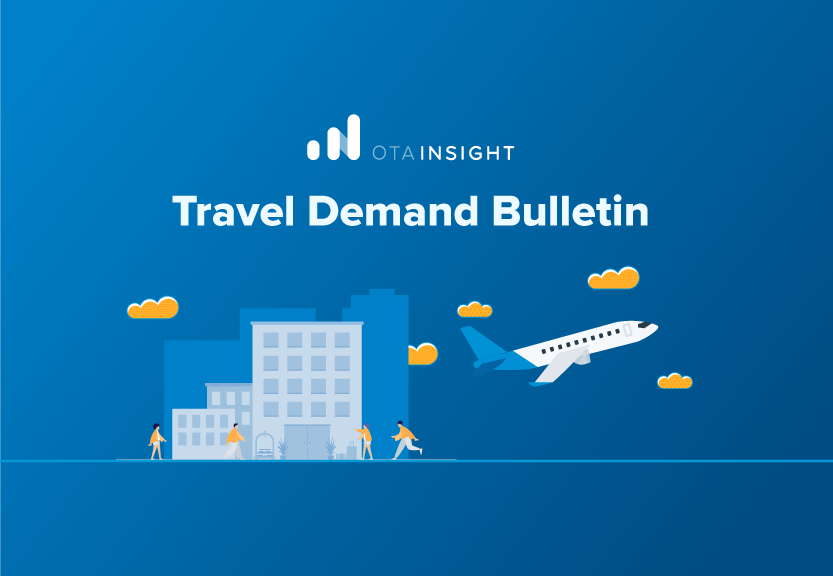 After two years of pent up travel frustration, new flight and hotel search data indicate that consumers are planning to travel in the spring and summer of 2022. This, despite lingering uncertainty in Europe after Russia’s invasion of Ukraine, and the ongoing unpredictability surrounding Covid-19 travel restrictions.

Forward-looking flight and hotel search data from OTA Insight’s free Global Market Insight tool paints an optimistic picture, where we have seen an uptick in week-on-week demand for European destinations since the end of February, when the war in Ukraine started. As many as 3 in 4 Europeans are planning spring and summer vacations to destinations across Europe this year, and with high season fast approaching hotels across Europe have a chance to ensure they can maximise their bottom line, by targeting the right customer at the right time.

Pre-booking data from Market Insight gives insights into the demand evolution of any given destination, providing a window of opportunity for hoteliers to make informed commercial decisions, based on real-time forecast projections. By implementing an effective commercial strategy at this early stage in the booking cycle, hoteliers have a unique opportunity to turn lookers into bookers, ahead of their competition, and still ensure they are selling their inventory at the optimum price.

In Part 1 of this analysis, we looked at Amsterdam and Rome. In Part 2, we will examine flight and hotel search data for Barcelona, Berlin, London, Madrid and Paris. 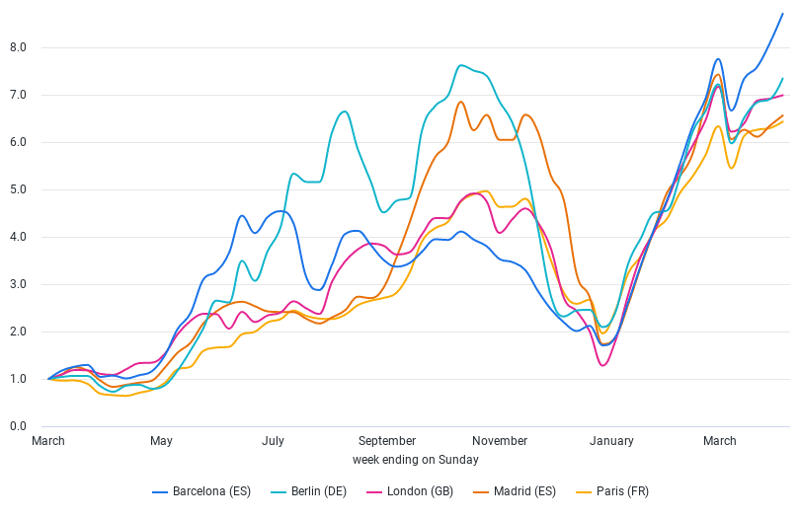 Other destinations in France, especially those along the southern coast, are also getting a lot of interest for the looming summer high season. Flight search data for Nice and Cannes show an 87% rise since the start of March, and 10 times more search interest than over the same period last year. In April 2021, just 8% of hotel searches were for dates in the 8-28 lead time window - 20% in April 2022. At the end of February, 16% of flight searches to Cannes were for dates in the 8-28 day window, but by the end of March, searches for dates within this window had surged to 28%. 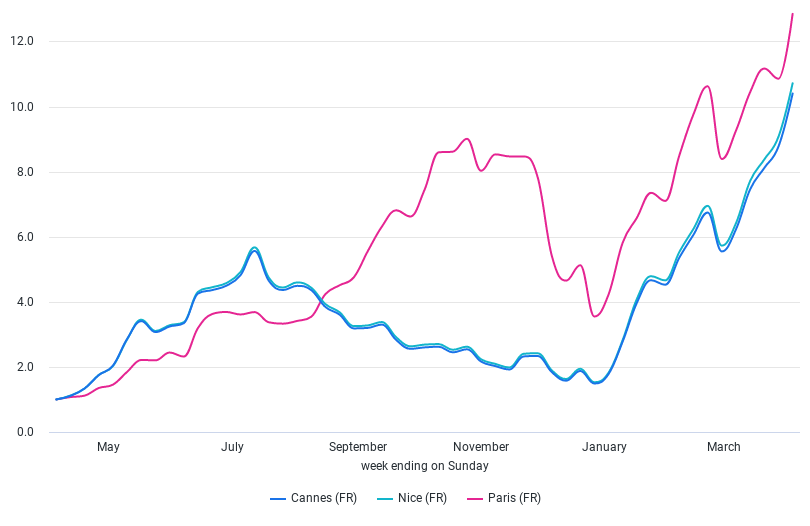 The arrival of the Omicron variant in London at the end of 2021 saw a massive drop in hotel searches - to levels as low as they were in March 2021. But, with restrictions easing for both arrivals and departures to London, there has since been a steady uptick in searches for both flights and hotels.

In fact, there have been 5 times as many flight searches as there were at the beginning of January, and OTA searches have increased 4 times since then. GDS searches have also picked up considerably, and are 7 times higher than what they were in January. The pickup in hotel searches from January gathered momentum quickly. However, like other destinations around Europe, the uptick was disrupted due to the conflict in Ukraine, leading to an instant 19% drop in flight searches at the end of February.

Momentum resumed in the second week of March, and despite all travel restrictions falling away since then, the pick-up in hotel searches has not quite reached the same level as it had been before the war broke out. 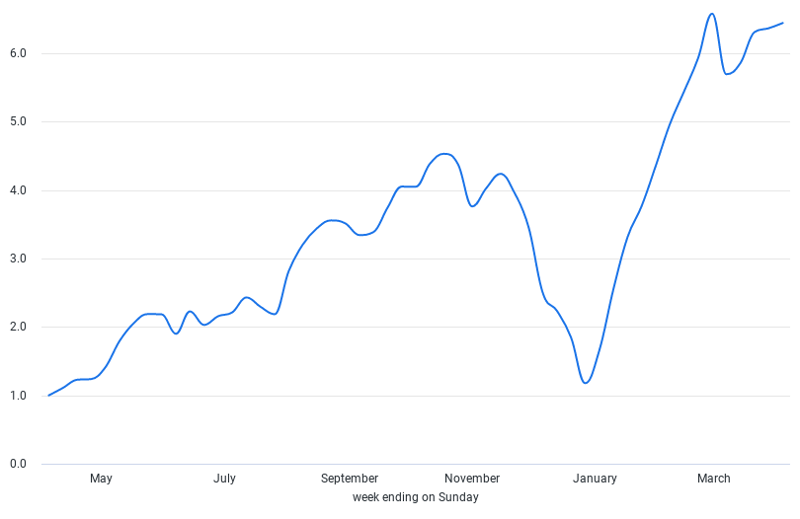 There is a similar pattern occurring In Barcelona, though flight searches to Barcelona are 11 times greater than what they were in March 2021. Hotel searches, too, are 8.7 times higher than they were at the same time last year. And, while there was a slight dip in searches at the end of Feb, by the 2nd week of March, hotel search volume had started to climb again. GDS searches have also seen quite a dramatic rise since the beginning of 2022, and are 5 times what they were at the end of March last year. 89% of the flight search traffic is coming from within Europe, of which 21% is from the UK, 13% from Italy, 12% from Germany.

There are clear indications that demand is on the rise for some of Europe’s major cities. Much of the search traffic comes from other European countries, but as restrictions in other regions start to ease, there will likely be more interest from further afield.

While the war in Ukraine certainly affected consumers' immediate interest to travel, market intelligence data shows that this only lasted until the middle of March. It remains to be seen what the economic effects of the war will be on consumers, and how that could influence demand in the longer term. For now consumers are looking to break the shackles of two years of restricted travel.

With the help of forward looking data from Market Insight and Global Market Insight, we can see the travel demand forecast is looking positive for Europe, and that the booking lead times are returning to the more traditional 30 - 45 day sweet spot.

Armed with this data, hoteliers and their commercial teams can look to capture their fair share of the market by implementing a compelling pricing, marketing and distribution strategy, in the early stages of the booking journey.

In a highly dynamic market, it’s more vital than ever to have a competitive advantage over your compset.