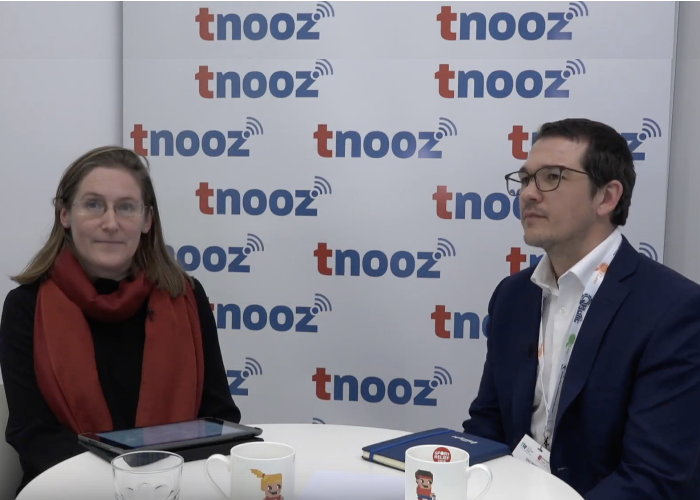 Conference season is a frenetic time for Gino Engels - and it’s never really over. Spreading the word on data-driven pricing decisions to hoteliers the world over, OTA Insight’s globetrotting Chief Commercial Officer has made numerous public appearances in recent months.

But among the many events he’s attended during this time, three stand out.

Last month Gino joined colleagues and delegates in Houston to launch Parity Insight, the dynamic new tool that will help hoteliers manage and track parity performance, better control distribution cost and optimise the use of OTA business - look out for stories on this in the near future.

In May we reported on his interview with tnooz at Berlin’s ITB, in which he fielded a wide range of questions on the state of the hotel industry and the evolving ways people are booking rooms, and reflected on how OTA Insight and its original, flagship tool, Rate Insight, came into being following a brainwave at the London Olympics.

While in late February, he was interviewed by Linda Fox, Managing Editor for tnooz, at TTE in London. You can watch the video in full here, along with this complete transcript.

The first of his spate of media appearances, we thought it was about time to review the observations and predictions Gino made at TTE a few months down the line; as tnooz put it in its write-up, “OTA Insight is in a good position to observe the trends and how they might shake out”.

So how have they shaken out? What else was on Gino’s mind when discussing the fast-changing landscape of hotels and the technology that supports - and disrupts - the industry? And what’s happened since for Gino, OTA Insight and the wider sector?

Linda started by asking Gino for an overview of the hotel distribution landscape.

“There are new distribution channels coming up every day,” said Gino, citing the peer-to-peer economy, as well as new OTAs, such as SnapTravel and others near the top of the charts in our parity report (see below), as examples. Also, Global travel publisher Culture Trip is launching an OTA this summer, the aim being to connect independent hotel chains, hostels and boutique properties with millennials.

Commenting after the interview, Gino added: “On top of the new OTAs, there’s also pressure from vacation rentals that are being listed on Expedia and Booking.com. These are taking business and favourable listings from hotels on the OTAs. But as an alternative, there is Airbnb, which is now offering hotels to list inventory on its channel alongside vacation rentals, B&Bs and peer-to-peer rooms. Amazon's move to help with concierge services via Alexa is another interesting development.”

“We’re in a very fast-paced environment, where complexity is increasing a lot,” Gino told Linda. “There’s a lot of opportunity. We’re in a good spot as a technology provider because we are there to help unravel the distribution complexities and help make the most of this opportunity.”

Parity Insight looks set to be testament to this, as Gino went on to explain last week: “We are uncovering where and why parity issues arise while simultaneously supplying a solution that helps revenue managers control overall parity performance.” He was also quoted in last month’s coverage of the product launch in PhocusWire. “There are a lot more complexities for distribution on the horizon,” he said.

Some of these issues are quantified in our new hotel parity report for North America, the first of an ongoing series of quarterly analyses.

Based on tracking the performance of over 25,000 properties and across 97 million+ shops of arrival dates, the report provides a deep-dive into the North American market’s parity performance, highlighting:

Download the report here - and look out for our global report, the first of which will be published later this year.

Some hoteliers are attempting to wrest control back by ploughing time and resources into book-direct campaigns, as we explored in our latest white paper, Shifting your budget to direct - not a fad.

Their efforts aren’t going unrewarded but it seems unlikely that hotels will ever completely sever ties with OTAs, which hugely increase the reach of all but those chains with the biggest marketing budgets - and, as Linda pointed out in her interview, “the likes of Expedia helped them out with marketing campaigns with data-type analytical tools”.

“Where do you think that is now?” she asked Gino. “Is it friends? Is it enemies? or is it frenemies?”

Said Gino: “When we got started back in 2012, hoteliers and OTAs were all good friends. I think it evolved a bit, and like you say, last year, it’s probably got to the top of the frenemies relationship.”

Through direct booking campaigns there was “a direct action from the big global players to gain some market share back,” he added, which the OTAs responded to by “offering revenue tools or solutions that would be seen as helping the hotels out - which I think for some they are doing. For others, there’s probably still some more efforts that could be done to work better together with the hotels.”

Much of it comes back to data. “Data is power,” says Gino. “If they really would be friends,” they would share some more of it.

But everything is changing. “Google is getting more and more involved in the play”, Gino adds. “At some point, Facebook will become more prevalent or Amazon will give it another try. Everybody in the ecosystem realises things could change quickly and it’s better to be friends than be on bad terms with each other because at some point, we still need each other in this ecosystem.”

Does Gino see Airbnb as a significant part of this distribution disruption?

“I think Airbnb coming in with a new alternative offering at a lower commission percentage for the boutique hotels could be a welcome opportunity,” he told tnooz. “They’ve got the power. They’ve got also a lot of marketing budget to spend.”

The “global travel community” platform announced its technology partnership to support boutique hotels at around the time of Gino’s interview; further partnerships have since sprung up, driving more business through this channel.

Rounding off her interview with Gino, Linda noted that the company is funded, has been going since 2012 and has good traction. But, she asked, what keeps Gino up at night?

“People talk about blockchain and AI, and hotels must be very concerned about how they can rely on partners to keep them informed, keep us at the forefront. That’s the kind of thing that keeps me awake but in a good sense, thinking about how we are going to respond to these new developments.”

With Parity Insight following hot on the heels of Revenue Insight - launched earlier this year and aimed at making hotel-level reporting simpler, better and faster - OTA Insight’s ever-growing team are clearly in tune with their CCO and his ambitious plans to help hoteliers maximise revenue.

Watch the video in full.