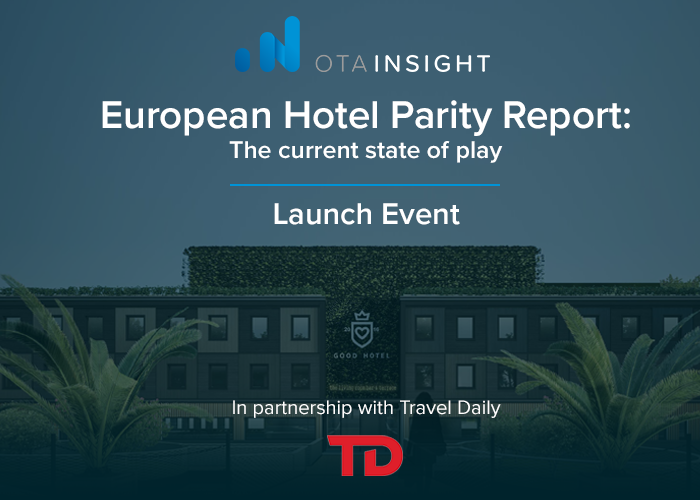 Leading hospitality technology company to present findings on the current state of parity. 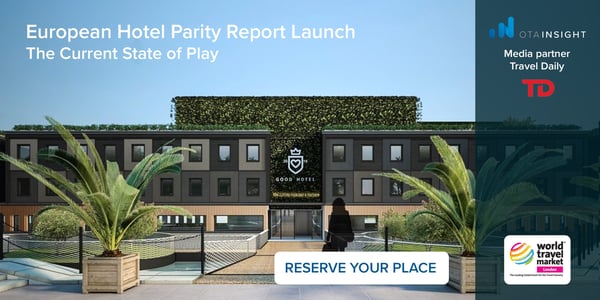 London, November 01, 2018 - OTA Insight, the cloud-based data intelligence platform for the hospitality industry, today announced its plans to release their first-ever UK and European Hotel Parity Report during WTM London on Monday, November 5 at its launch event at the Good Hotel, London from 4:00pm. Register here. WTM London attendees will also be able to get a copy of the report at OTA Insight’s stand TT323.

The UK and European Hotel Parity Report provides a deep-dive into market trends affecting rate parity for hotels, including:

Results from OTA Insight's first-ever European Hotel Parity Report have found that price parity is a major issue for European hoteliers. 52 percent of the time, OTA rates were more competitive than an Independent or Local Chain hotel's website rate, whilst in Major Chain Hotels this occurred 44 percent of the time. The report also reveals the leading channels where these parity issues occur, with eSky topping the list for Independent Hotels and Local Chains as well as across Major Chain Hotels. The full report will provide a complete breakdown on parity for the UK and European markets.

The report was compiled from data generated from OTA Insight’s parity intelligence platform, Parity Insight. The user-friendly dashboard tracks where hoteliers are losing valuable revenue and finds all discrepancies between their brand and third-party channels. Through Parity Insight, revenue managers are able to view historical parity issues to monitor the evolution of their performance, track future parity issues up to 12 months in advance, as well as monitor real-time updates on how rates are appearing on OTA and metasearch websites.

“Our European Hotel Parity Report was created to empower revenue managers and give them a benchmark to manage their overall parity performance,” says Gino Engels, Chief Commercial Officer and Co-Founder of OTA Insight. “Whether you’re an independent or major hotel chain, the report will walk you through where and why parity issues arise, as well as offer some action points that will guide towards a better future parity performance.”

The report will be available for download on November 5 here.